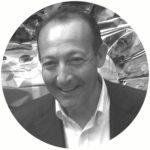 Fortunato Moratto operates in the nautical industry since 1989 and has over 40 years of navigation participating in various Italian as well as international championships including the WHITEBREAD in 1984. He is the director of Shipyard & Marina Sant’Andrea in San Giorgio di Nogaro Italy, official Nautor Swan Service centre for the Adriatic since 2003. General Director of Nautor Swan Adriatic from 2015.