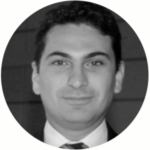 With a background in Marketing and New Media, Niki has a passion for yachts which together with the already existing family interests in boating translated into the founding of Esprit Yachting in 2006. The company has since represented the world-leading yacht manufacturers – Azimut|Benetti Group and Williams Performance Tenders.

Today Niki is the Managing Director of Esprit Yachting and runs a fully-fledged yacht support company offering Yacht Management, Charter Management and Maltese Flag yacht ownership structures. Niki currently holds a position on the Board of the Malta Chamber of Commerce and Industry Yachting Services Section and is an external consultant for product development at Azimut Yachts. 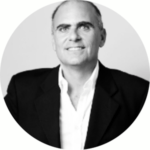 Peter has sailed and been in contact with the sea and wind since a very tender age.

For a few years Peter coached Malta’s National Sailing Team. In the year 2001 Peter obtained International Judge Status, a position that he still currently holds.Through this and to date he officiated at around 250 events in 28 Nations, three of which were the prestigious Olympic Games. Peter’s involvement in the Olympic Games consisted of Coaching at the 2000 Games in Sydney, volunteering in the International Technical Officers’ department in Athens in 2004 and more recently formed part of the International Jury at the 2012 London Paralympic Games. Recently Peter became the founder member and chair of the Sail Coach Foundation.

Peter works for Valentino Brothers, a family owned and run concern that has since several decades imported timber and man made boards from world wide. In 2013, Peter was honoured with the Midalja għall-Qadi tar-Repubblika (Medal for Service to the Republic) in recognition of his contribution towards the development of sailing in Malta.